Alan, Coni, Diego and Irina are the founders of Labor, a Buenos Aires-based arts and culture publication focusing on work processes and everything that happens between the birth of an idea and the finished project.

Now on its second issue, Labor brings some fresh air to the independent publishing scene, believing that processes can be actually more inspiring than the final result. There’s 4 of you working on Labor. How did you meet and why did you decide to start a magazine?

Diego: We are two couples, Coni & Alan and Irina & me. Alan and I went to the same high school, but we weren’t friends back then. We became friends one year after that. I was making a small magazine and I knew that Alan was very talented at drawing, so I called him to make some drawings for the magazine. We ended up being the two editors of that magazine, called Pinche, that lasted two issues. Since then, we have always worked together on different projects and have become close friends. Ten years after Pinche, Irina and I were travelling and thinking about making a publication (I spend most of my life thinking about making publications). The very first day we were back in Buenos Aires, we called Alan and Coni to be part of this project. It took us almost two years to figure out how the magazine was going to be and launch our first issue.

Irina: I knew Alan as Diego’s friend, but I hadn’t seen him that many times and I’d seen Coni even less, maybe we had met 4 or 5 times maximum.  I was a bit nervous about starting a project with people I didn’t know very well (their way of working, their interests, etc.) but I trusted Diego and it worked out great. I think probably all of us have always been interested in making a publication of some sort. I recently found a “magazine” I made when I was about 11 years old for Christmas. It featured an interview with Santa where I asked him how things worked in the North Pole, what it was like to work with elves, etc. I distributed amongst to my family. Anything that involves creating something, especially from scratch, is interesting to me.

Coni: For me Labor came as a way to escape from the daily routine. When Diego  told us about the project I agreed immediately. At first, it looked as an open land to experiment with people and projects that caught my attention. I wasn’t sure about the final shape but already knew in our first meeting that something interesting was about to come. And it did.

What were the major challenges you faced when starting the magazine from scratch?

Diego: Everything was a challenge back then, and some of those challenges still remain today. First of all: figuring out what kind of magazine we were going to make. After that: having the money and the time to do it. We worked out the first one. The other two still remain challenging today. We paid for the printing of our 2 issues, and we all have jobs that take most of our daily hours, so we had to find a lot of extra time and energy to work on Labor.

Your publication focuses on work processes and the path between the birth of an idea and the finished project. Please tell us about the process of creating Labor.

Diego: We had a few strong ideas of things that we wanted for our magazine. These ideas were our foundations and worked as guidelines that allowed us to discover the rest.

1 .We wanted to make a timeless publication, that could be read anytime without losing meaning. Like a book.

Coni: We wanted to erase all kind of time reference. We wanted to  talk about a dead poet’s life, a concert done 6 years ago and a project being developed at the same time the article was being written.

Diego: 2. We wanted the collaborators to speak for themselves, in first person. No interviews or articles about somebody’s work written by other. Just the direct words of the people.

3. We wanted Labor to be as international as possible, which is not so easy from Buenos Aires. Creating a dialogue between Argentina and the rest of the world, featuring people from our country and from everywhere else. Making a bilingual publication was crucial for this meaning.

4. We wanted an advertising free magazine.

5. We wanted to feature artists (and not only artists) but not in the way they are mostly shown in magazines. We didn’t want to show the same images you can find online in an endless list of webs and blogs. We realized that we didn’t want to print finished artworks or projects in our magazine. Following this idea we slowly discover that our magazine should be about processes, about everything that goes before the finished work. People talking about themselves, about their own everyday work. That’s why we called it Labor, which is also a bilingual name.

We had no idea about how to really start making the magazine. After struggling some weeks doing things that led nowhere, we finally chose a different way to begin: making a short-film to explain the project. We thought that this could be a better way to share with others our ideas about Labor rather than making a PDF or some powerpoint presentation. We spent 6 months making this video (that you can see in the about section of our web) and in the process of making it, we ended up understanding what Labor was about.

What has been the most vital thing you’ve had to learn during that process?

Diego: If you want to make something, you just have to make it. Sounds like a cliché but there’s no other answer to that. Nothing is going to happen while you wait for it to happen. Lack of money, time, energy, knowledge or whatever, are just excuses. You can get all of that by working. And you can always work harder.

Irina: I agree with that – hard work and actually doing things, not just thinking about it.

A lot of art & culture magazines nowadays only tell you about what you already know and like; it doesn’t feel you learn anything from them. What differentiates Labor from other similar magazines that have been launched over the last couple of years?

Diego: That was exactly one of the main goals. To make a magazine that tells you about things that you don’t know. We always think of Labor as a tool for inspiration.

Coni: Yes, actually we have a section at the very end of the magazine called “Notes” where we extract some interesting phrases of the articles. They are sentences or just part of a sentences that we underlined whilst reading the magazine because they made us think of other ideas.

How do you sources stories for the magazine?

Diego: We contact people because we like what they do or we find that they must have an interesting process in their work. We contact artists, but also people from a lot of different disciplines (musicians, directors, architects, anthropologists, a piano tuner, scientists, …)  It’s a very personal choice guided mainly by our taste. We try to create a wide and heterogeneous vision to the idea of work process.

Irina: You start seeing everything around you with the Labor-filter: “would this profession make for an interesting article?”, “does the making of this object have any surprising aspects to it?”, etc. Just today, walking around with Diego, we stopped by a grocery store to get some potatoes and started wondering how to make an article about that place and the person who works there (and if it would be engaging, relevant to the magazine, etc.), we have these kinds of conversations all the time.

Why is publishing a print copy still relevant? Why did you choose a print format for Labor?

Diego: People keep asking this question. I don’t see a dilemma or something between digital vs. printed publishing. They are different things, with different proposals. We have a Kindle, but we also buy a lot of books and magazines. It’s not the same as the DVD and the VHS, where one technology makes the other obsolete, because one does the same job as the other but much better. There are people who like bicycles and people who like motorbikes. Some common sense could tell you that  motorbikes are better, they do a similar work but without human effort, plus they run way faster. However, a lot of people like bicycles better. We like printed magazines.

Irina: I just think about it the other way around: why wouldn’t it be relevant?

What other magazines do you draw your inspiration from?

Irina: I’m a big fan of a magazine called Our Magazine, which unfortunately only has 2 issues I think. We also really like Here and There, Cabinet and many others, we are big magazine consumers. But we draw inspiration from everything, not just other magazines.

Diego: The magazine Colors is my all-time influence. They have this systematic but fragmented and always changing way to surround simple topics that I always found fascinating. The birth of Apartamento some years ago also had a big influence on us, and in almost every new magazine I guess.

What are your thoughts on the state of cultural journalism and independent magazines in Argentina?

Diego: Buenos Aires has always had a very intense cultural life. And it still has it today. But it has lost some of the international relevance it used to have some decades ago. There are a lot of things going on here, but most of them remain here. There are a lot of great publications but they move in very small circles, even inside Buenos Aires. We are working on making a publication that may extend beyond these very specific areas and can reach a wider audience, inside and outside Argentina. Almost all the art-culture magazines that are around now, come from a tiny list of countries. We want to add Argentina to that list.

Irina: I like that it is a very open and friendly field. When we were getting started with this project we received help from other people who make magazines or have bookstores: they met with us, gave us advice and support. Maybe this is related to the fact that, like Diego says, everything happens in small circles. 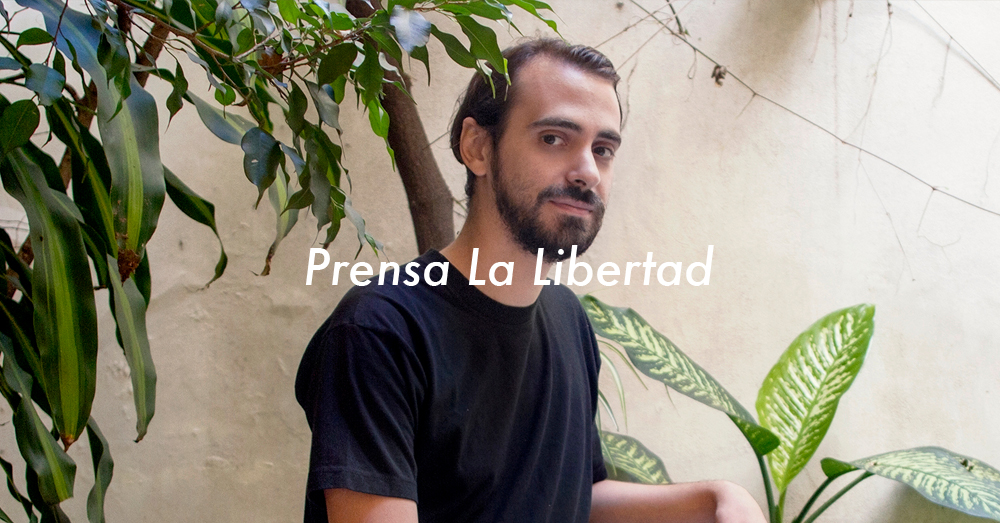