Cotton Project is an independent menswear brand based in São Paulo, Brazil. Founded by Rafael Varandas in 2006, the label is inspired by the surf and skate culture of the 90’s. Since its beginnings, Cotton Project’s goal has been to create casual clothing that can function within the urban environment whilst keeping elements of Brazilian beach culture at the same time. Tell us about your background and how Cotton Project started.

It all started in 2006. At that time I was pretty depressed with my Economics course at university, I knew I didn’t want to become an economist but I was not brave enough to drop it in its last year, so I started to think about a plan “b”. I was a kid in the 90’s and I was hugely influenced by the skate and surf scene. At that time, the internet was only at its beginnings for this kind of stuff so our main source of information were magazines and VHS videos. Moreover, Brazil was -and it still is- a pretty closed country and these magazines and VHS were pretty rare so when I managed to get  one, I would make sure to know it like the back of my hand. Skateboarding or surfing clothing companies were barely clothing companies, they were more like a team or a gang, putting all this kids together to produce videos, photos and so on. I thought that was fun, specially when you are extremely frustrated studying economics. That’s where it all started, I wanted to have a gang and make stuff, making clothes was not the first thing in my mind.

Cotton Project looks and feels very fun. What do you enjoy the most about running the label?

Well, times change and maybe I didn’t get my gang in the late 00’s but instead, Cotton Project is part of a “scene” here in São Paulo. We have friends that have bands, friends that surf, skate, dj, are artists, photographers. This is fun, being part of all this, producing stuff with and for these people.

And what have been the most difficult moments?

Creating sales volume and all the things that come with this, like investment and risk. Unfortunately, making clothes is a business that depends on a production of big quantities of clothing, which sucks. It sucks because sometimes you want to produce more of one thing and less of another, or because you always have to increase your audience, and sometimes manufacture something that you are not entirely sure if it’s going to sell well (which happens all the time), and this may make you lose a lot of money. I wish it was different, that everybody in the production chain could make more money producing less, the environment would like it as well.

How has Cotton Project evolved since 2006? Have there been any changes in your team?

Yes. We had different stages in developing of the brand. From 2006 to 2008 it was basically a brainstorm of what it should be. From 2008 to 2011 it was side job, I would design some t-shirts and sell it to friends and some stores. Since 2012,  it is more of a serious business and I’ve dropped my job and stayed 100% focused on the company. Right now, Cotton Project is me as a Creative Director (from designing collections to new projects) and something I would like to imagine as a CEO (overseeing all things, from the financial aspects to image of the brand). Rony Rodrigues is the new partner, he runs the biggest and coolest research and trends company in Brazil called Box 1824, and he is in charge of the special projects as well as business strategy of the company. Tiago Mari is the brand director and Diogo Narita is in charge of the online store. The only full-time dude in the company is me.

What is the greatest inspiration for your designs?

We are a beach inspired clothing company, we like to define us as post-surf, which by our own dictionary means when you get over the dazzle of the surf culture. For example, we are looking for the guy who’s in his 25-40s, used to be a surfer rat but nowadays he’s something more than that, like a designer or a photographer. He likes to surf but now has a more intellectual background and doesn’t just want to buy a multi-colors-3d-reggae-skull boardshort. We look for what is (still) cool at the beach scene and try to apply some urban humor. The concepts created for the past collections like “Kind Dude” or “Tropical Depression” define pretty well what we like to play with.

Who is the man wearing your clothes and what is his lifestyle?

We target the post-surfer dude but we have all kinds of clients. Because of our basic approach and nice fit, we’ve been attracting a lot of people who are into fashion and design. I would describe him as an open minded, design-driven Brazilian.

Does the fact that you’re based in São Paulo and not another city influence your brand?

Yes, mainly being based in Brazil. This is because we are a beach-inspired clothing company born in a city that is located 3 hours from the closest decent beach. We are weekend surfers. This is important in Brazil because most of the brands here are beach inspired and are from Rio de Janeiro – this means they take the influence of the beach and create clothes for people to wear them in the city, and this is fine if you live in Rio, otherwise it’s ridiculous. Here in Cotton Project we go in the opposite direction, we produce casual clothes that you could wear at the beach but are hugely influenced by city culture. For example, we created a boardshort inspired by chino shorts that you can actually go into the water and surf with, and you also can walk around after the beach, and still look good.

Please tell us more about São Paulo – would you consider it as a creative city?

I’m not a São Paulo lover. I like it but I don’t love it. It’s not an easy city to live in; we say “I don’t live in São Paulo, I survive São Paulo”. It’s to chaotic, there are 11 million people only in the city and 20 million if you consider the outskirts, plus all the downsides of a typical Latin America big city: pollution, traffic, violence… On the other hand, São Paulo is the economic and cultural centre of South America, which contributes to an abundance of information and energy in the city. I wouldn’t describe São Paulo as creative, we are definitely not in the same page as other major global cities as New York, London and Berlin. At the same time, I think we have something special here, something that only grows in all this chaos, the unexpected result of all good and bad things combined. It’s not everywhere nor every time but when it comes, it’s really special.

Do you think Sao Paulo is a good place for starting a business?

No, definitely not. There are sky-high taxes, it is expensive to employ people and the salaries are controversially low, and the majority of the consumers are also pretty conservative.

How do you see Cotton Project developing in the future?

Expanding the clothing line and also growing to other areas like design, arts and music. 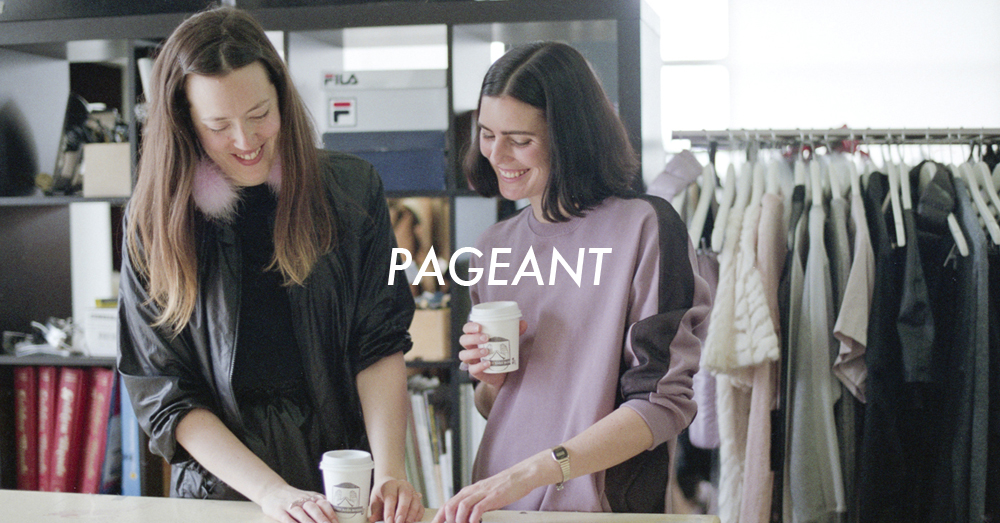