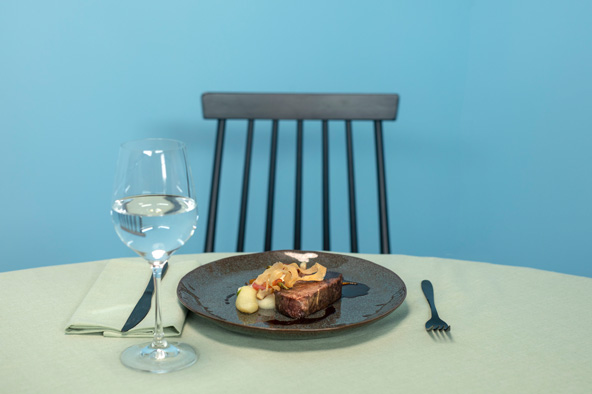 Taking place in October each year, Dutch Design Week (DDW) is the largest design event in Northern Europe and presents work and concepts from more than 2,600 designers to more than 355,000 visitors from home and abroad. In 2020, DDW is taking place online and the city that hosts this design festival, Eindhoven, has launched a video series called ‘Hungry for Design‘ that asks the question: What happens when the worlds of design and gastronomy come together? With current safety measures in the Netherlands and restaurants closing their doors again, this six-part series connects top chefs with local designers, and the chefs are challenged to develop a dish based on the work of the designer. Emerging, talented designers with different backgrounds – from a social designer to an architect and from a sound designer to a material researcher – have been paired with chefs such as Dick Middelweerd, Naresh Ramdjas and Cas Pikaar. Bringing the different disciplines together results in special collaborations, common ground when it comes to the creative process, and, of course, great food. The episodes are hosted by moderator and food designer Annelies Hermsen, daughter of Michelin chef Toine Hermsen and Design Academy Eindhoven alumna. The series is now available on ThisisEindhoven.com and the YouTube channel of @Eindhovencity: